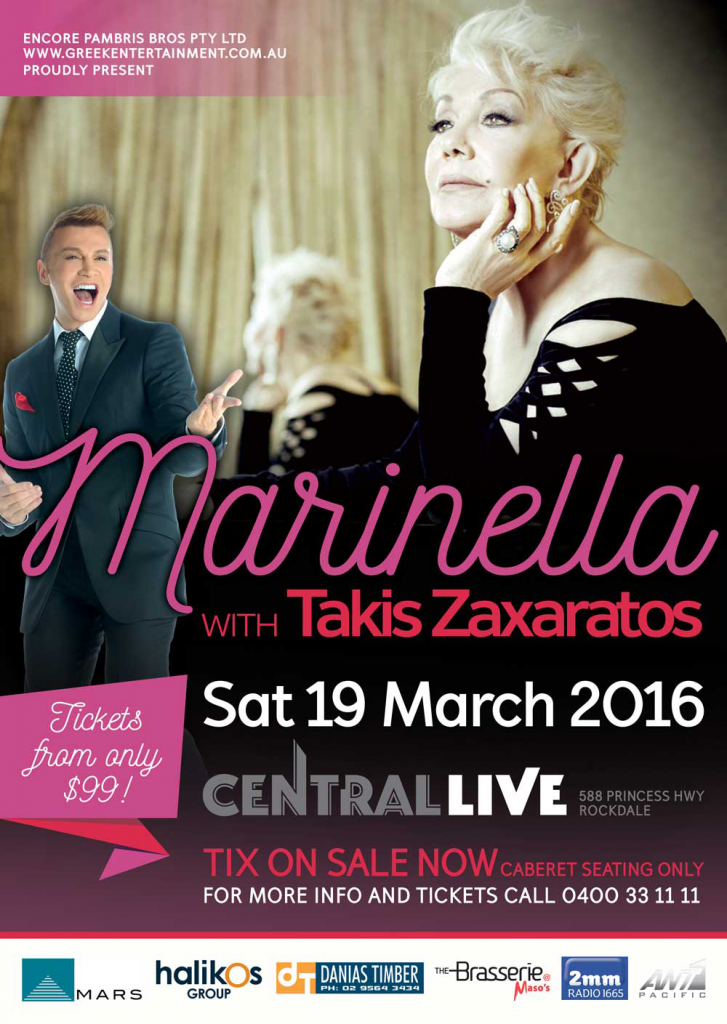 Marinella is one of the most popular Greek singers and is regarded a music icon, with a career spanning over fifty years! She has released 66 personal albums and has participated in many album projects with fellow Greek artists. Having a versatile style including a variety of musical styles such as traditional, laïkó, pop, blues, jazz as well as folk music, she has performed in several Greek musicals both as a singer and actress. Reaching platinum and golden status with her albums, that contains duets with famous Greek male singers such as Stelios Kazantzidis, Tolis Voskopoulos, Kostas Hatzis, George Dalaras, Giannis Parios and Antonis Remos.

For this tour however, she will be teaming up with the incredibly talented Takis Zaharatos known for his acting roles in Eglimata (1999), Beautiful People (2001) and Pano, kato kai plagios (1993). He is also known for his impersonation and comedy. Though not a typical drag-queen, he almost always performs in drag, usually parodying all the major Greek female stars.

This is truly going to be an amazing show and as usual with all of our shows – one not to be missed! Get your tickets NOW!

SPLIT TABLES: Available for bookings less than 10. Contact us for table numbers.