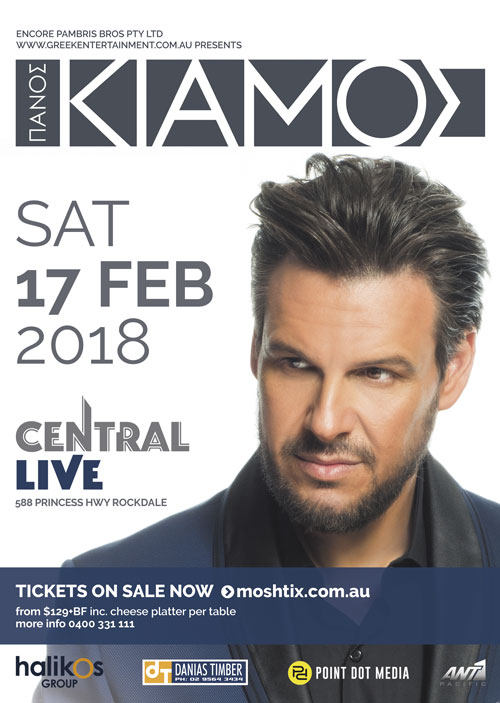 The last time we saw Panos Kiamos in Australia was in 2015, so get prepared to see him again in 2018!

We don’t need too much of an introduction here, you all know who Greek pop artist Kiamos is. So get set for another amazing performance, and with his latest single “Allou Esy” and his earlier 2017 release “Sto Ftero”, we hope there will be a follow up album soon. Joining him will be Katerina Stikoudi who is a Greek former model, occasional television presenter and singer from Thessaloniki who be singing her hits ” Mousiki Mou”, “Cliche” and her new release for 2017 “Retro”.

Our Saturday show has already SOLD OUT! So make sure you get your tickets to our Friday night show which is sure to sell out too. Tickets available NOW from moshtix.com.au