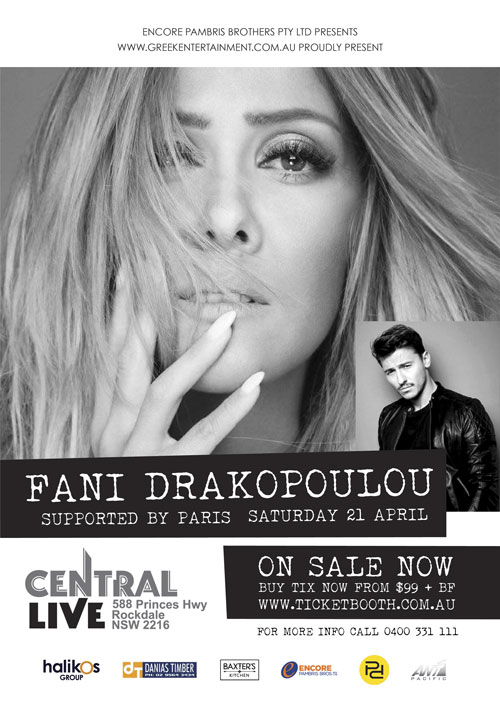 Fani Drakopoulou always knew she wanted to be singer and started singing in the nightclubs of Thessaloniki and Athens from a fairly young age.It was in Athens she scored her first big contract with Sony BMG, and she has continued to shine ever since! She has performed with many greats and has collaborated with many more, including, Petrellis, Diamanti, Sfakinakis and has even worked with rapper Pitbull and Ahmed Chawki in the Greek version of Habibi I Love You.

Back on Australian shores after 4 years, we are excited to announce that Fani will be performing live for her Australian fans, singing hits like Thelo Na Ta Pio, Se Zilevo S’Agapo and Pali Kala. She will be supported by Paris.