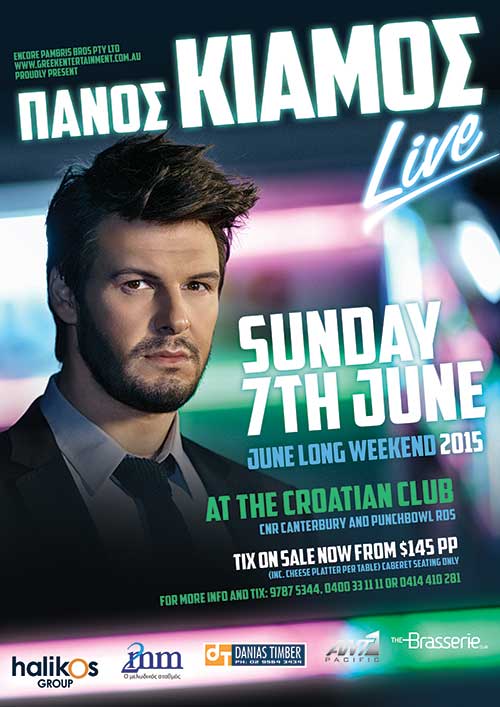 In January 2012 Panos Kiamos started his first USA – Canadian – Australian and German tour which was highly successful. All venues were sold out and each venue had thousands upon thousands of Greek people show up! In March, Panos began his performances at “POSIDONIO” for a third season in a row! At the same time, a new song was released called “Krystalla”. It became a huge success! To follow up, in June, Panos released another song called “To aima mou pisw”, which also became very popular on radio stations! His newest album which is also entitled “Krystalla” came out in June.

Now, Panos Kiamos is going to brace our Australian shores once again! Don’t miss out on another spectacular performance!